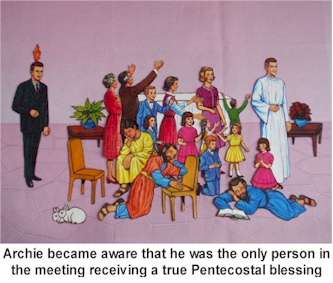 The Ejector Pew
This Ejector Pew television advert (bit slow on dialup) for the United Church of Christ looks like a cross between my ‘Ejector seat‘ cartoon and my ‘The young people wanted church to be more exciting‘ cartoon.

Don’t get me wrong, I’m not accusing anyone of plagiarism. But it just goes to show how more than one person can easily have the same idea.

Everything has been done before.