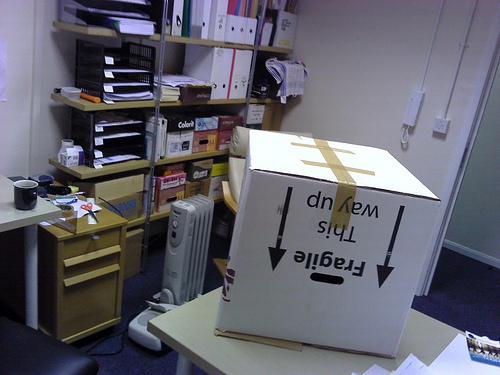 Keen observers of my blog may have noticed some small hints that I’ve been thinking a bit about what I do and how I do it. I’ve decided, for now, to make one change, that of saying goodbye to CartoonChurch HQ, the office I’ve been working in for the last year and a bit. The idea was that getting out of the house to work would be a good thing, and you might remember my excitement and enthusiasm when I started. Unfortunately the honest truth is that it hasn’t really worked – working alone in an office isn’t a lot better than working alone at home. So I’ll be moving out over the next few weeks, and by early August CartoonChurch HQ will be no more. It is a bit sad as I had high hopes, but that is the way things go.

On the plus side I am now working at the Church Times in London, which I enjoy doing. I wasn’t doing this when I first began working at my HQ. I plan, for a while at least, to go into London one extra day a week (so three days in total) and do some of my cartooning there.

In the next few weeks I have to do quite a lot of getting rid of things, both from the office and from home, as space needs to be made for a lot of cartooning paraphernalia. If anyone is interested in two simple wooden Ikea desks with metal legs, an under-desk filing cabinet, a very laid back Ikea Poang chair, a very basic office chair, lots of Christian books / Bible commentaries or indeed any of my other possessions let me know. All to be picked up from Basildon, 15 minutes from the M25. I’ll post photos and possibly eBay links here at some point. I could also do with shifting a large number of greetings cards and some cartoon canvasses, but in a way that doesn’t involve me having to post them, which is the thing I don’t have time to do. Any thoughts on any of the above welcomed.