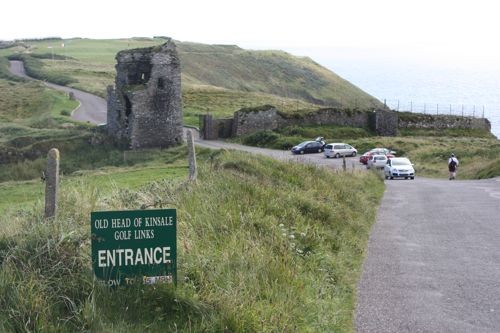 Every year I am in the habit of sharing a couple of holiday photographs for the general interest of readers. This year we had the good fortune to go to Ireland, so here are some of my favourite pictures, complete with historical notes.

The golf course at the Old Head of Kinsale
Notes: There has been been a golf course here since the late eighth century. The gatehouse was built in the mid tenth century to guard against Viking invaders who used to sneak on to the course late at night for a quick 18 holes. The fortifications were finally breached by the Spanish Armada in 1588, who were fed up at having to pay 250 Euros for a round.