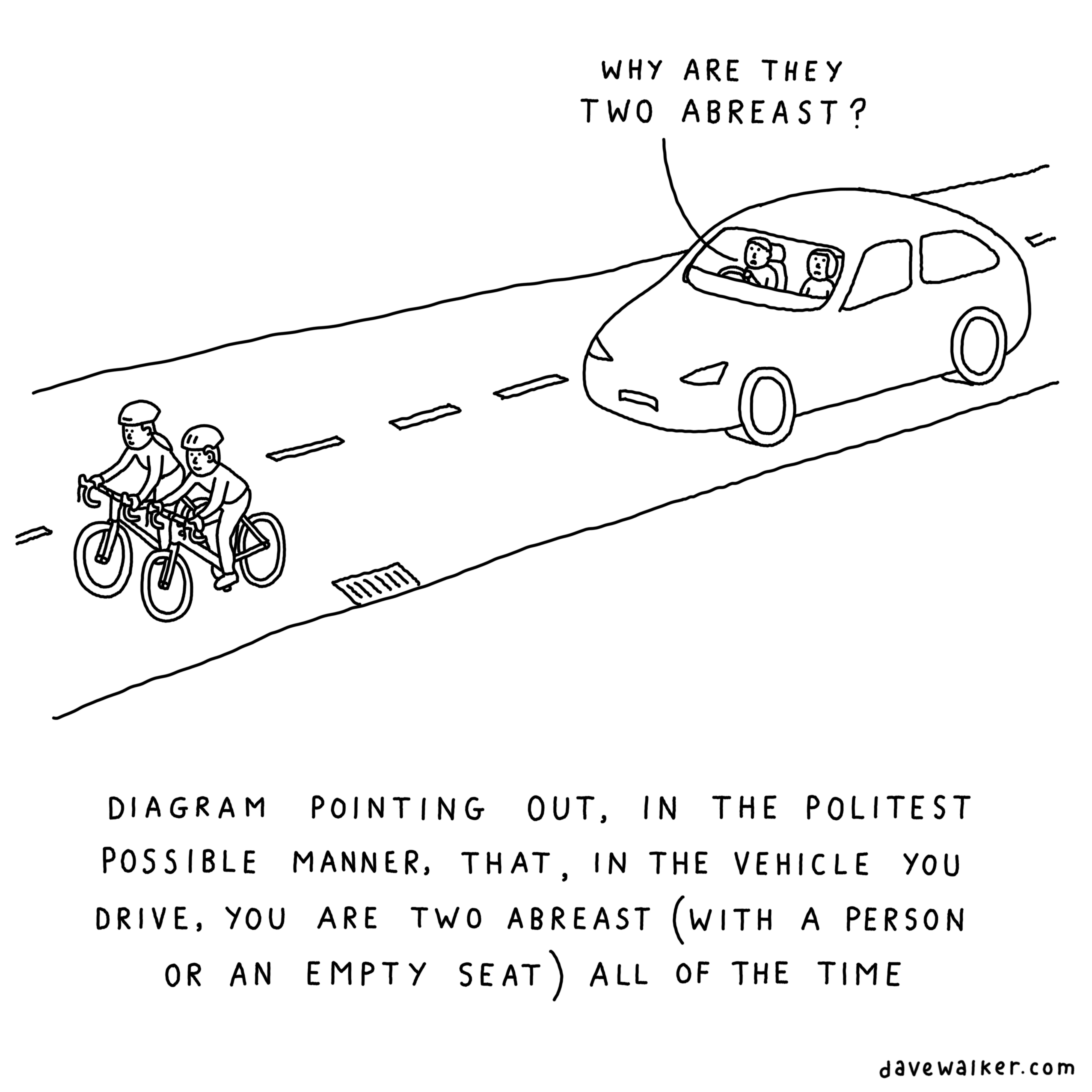 Two-abreast cartoon. Read more below for some of the thinking behind this image.

be considerate of the needs of other road users when riding in groups. You can ride two abreast and it can be safer to do so, particularly in larger groups or when accompanying children or less experienced riders. Be aware of drivers behind you and allow them to overtake (for example, by moving into single file or stopping) when you feel it is safe to let them do so

On narrow sections of road, on quiet roads or streets, at road junctions and in slower-moving traffic, cyclists may sometimes ride in the centre of the lane, rather than towards the side of the road. It can be safer for groups of cyclists to ride two abreast in these situations. Allow them to do so for their own safety, to ensure they can see and be seen. Cyclists are also advised to ride at least a door’s width or 1 metre from parked cars for their own safety.

As the Highway Code makes clear, there are various occasions when groups of riders can ride two abreast. I’d say these are occasions when it’s a good idea, for safety or other reasons:

That said, as the Highway Code says, you should let a car past when you feel it is safe to do so. This would be if you’re on a road where only single file will make it possible to overtake, and there are some situations when that is the case. For instance, where visibility ahead is good, but the road isn’t wise enough to overtake two-abreast riders safely. And, in my experience, most groups I’ve ridden in will be happy to do that.

As for the cartoon. I’m making the point that cyclists can ride two abreast, as per the Highway Code and my reasoning above. But also very gently reminding people in cars that actually, they are using up at least as much, and probably even more road width than two cyclists, even when there’s only one person in the car. We all pay for the roads through our taxes (not just motorists), and we all have a right to be there. 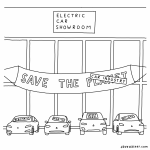